The starter pack contains 50 grams of each of the following strains: Red Borneo, Green Malay and White Sumatra.

Starter pack
The starter pack is perfect for people who are unsure of what vein or strain to pick and want to try different veins and strains. The starter pack contains the following strains:

Red Borneo
Is the most used kratom worldwide. Red Borneo is most known for being the most relaxing kratom.
It’s great for beginners because of its calming effects.
This Red vein kratom gets its red and darker colour from the older Red vein leaves, which gives this
kratom its strong aroma and great effects.

Green Malay
Is the most popular Green vein kratom. It has its own unique character compared to other kratoms. At lower doses it enhances your energy levels and increases focus. At higher doses it provides a feeling of euphoria and sedation. This kratom separates itself from other kratoms due to its long-lasting effect.

Effect
Green Malay is a very versatile strain, at lower doses it boosts your energy and makes you sharp, whilst at higher doses it’s more euphoric and calming.

White Sumatra
Gives an energy boost in combination with mental clarity. This kratom is perfect to increase your focus and make you alert and awake. Other than that, it’s also great for pain relief and enhancing your mood.

Effect
White Sumatra is excellent for increasing your working mood, it works stimulating and provides a clear vision on what you’re doing.

Important: Due to the ongoing pandemic we can no longer guarantee the delivery times stated below. Many delivery companies are experiencing difficulties which sometimes results in a delayed delivery. We still always ship orders placed before 15:00 the same day. Before contacting us please check your track & trace for more information. In the case that your package is delayed, we will make sure to compensate your unfortunate experience.

Down below you can find a list of countries Kratom World ships to. For every country we have listed the price and the estimated delivery day(s). The prices may vary slightly. The packages will be shipped with DHL, DPD or your local postal company, depending on what country you live in. You can choose to get your order delivered right at your front door, or you can choose to pick your order up at a Service Point.

Keep in mind that we will always ship your order completely anonymously. The ‘from’ name on the package is ‘WM Goodies’, our actual company name. Nothing kratom related will ever be displayed on the outside of our packages or on your bank statement / payment details. If you have any more questions regarding shipping and/or returns please contact us. 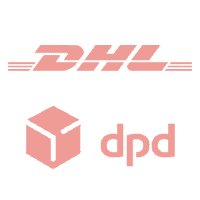 Kratom World is a trade name of WM Goodies. All rights reserved.

Shopping Cart
Select a shipping method
My cart
Your cart is empty.